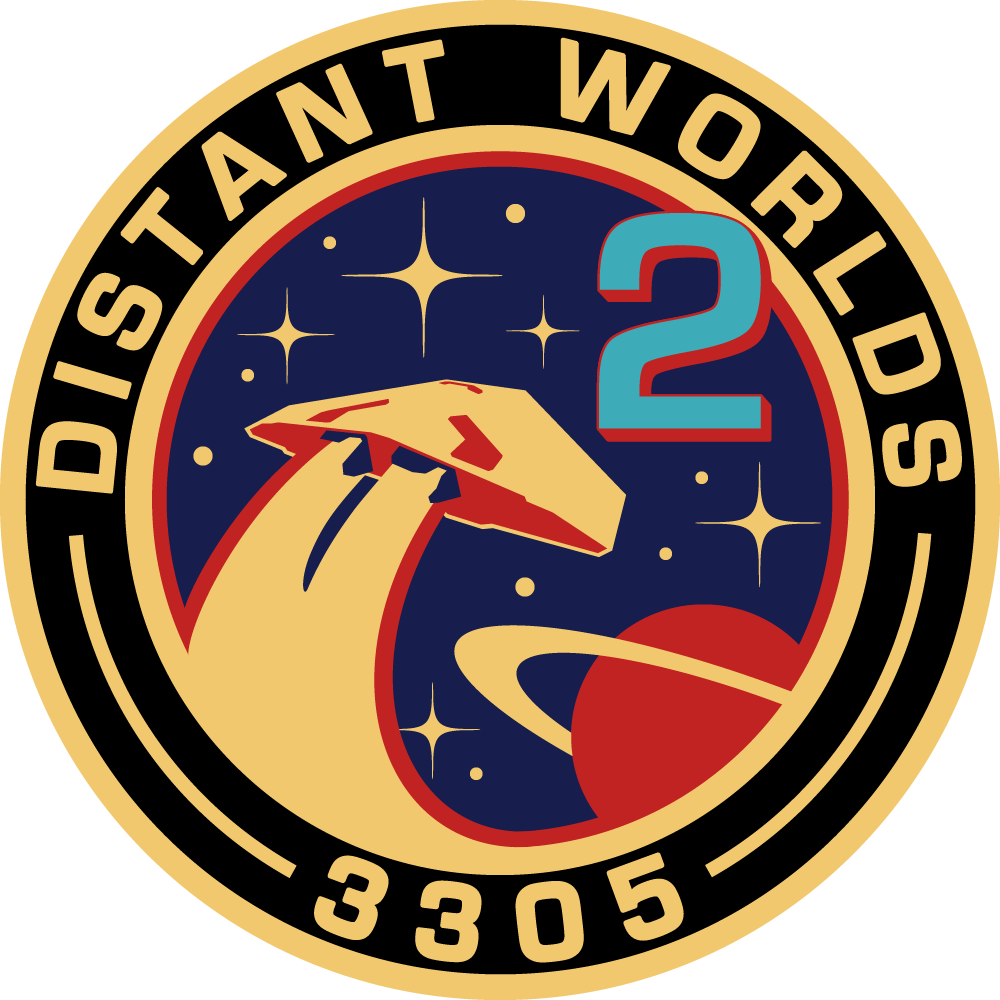 The follow-up expedition to the first Distant Worlds, DWII was the inaugural expedition where the Fleet Mechanics were founded - the predecessors to the modern Hull Seals. With the goal of retracing the original DW expedition, but taking advantage of the new advancements in ship-board abilities.

This expedition was one of the largest single-gaming groups in history, held in the Fleetcomm private group. The expedition left from the Bubble to Beagle Point and held meet-ups at different waypoints all the way. The trip was only one-way and ended at Beagle Point from which many CMDRs split off and returned to the Bubble.

Highlights of the trip included the construction of a space station at the middle of the galaxy.

The expedition was held in the Fleetcomm private group, with over 13,000 CMDRs involved. Items such as Merch, Patches, and other goods were sold and the expedition gained significant media traction.

Next
The Stellar Unknown Expedition

Export
Back to top